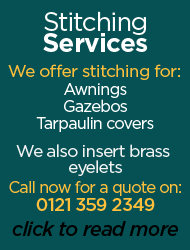 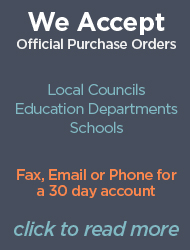 When silk is mentioned it usually is associated with something superior or of the highest quality fabrics.

Since its discovery about 4000 years ago it has been linked with the aristocracy of the world.  The Chinese empress Si-Ling was known to look after the silkworms along with the mulberry trees they fed on.  The Chinese started using silk for arts and decorations and later for clothing.  As you can imagine this had a huge impact on the Chinese economy and became a medium of monetary exchange.  Caravans of Chinese traders were exporting Silk and making a name for them and gradually the nobility became adorned with a dress code in silk.

On reaching Japan, who to this day produces the world's superior silk fabrics, applied the first scientific techniques on developing silkworms.  Other countries that produce silk include China and India.

The majority of today’s silk come from China which amounts to 85% of all silk and worth nearly $1 billion.  The US, EU and India have been complaining of late with regards to importing silk from China.  Complaints range from substandard silk to bad communication between Chinese firms.  Suggested reasons have been that Chinese firms have a monopoly on producing Silk fabrics and so the quality of work has deteriorated over the last few years.

More recently there is a move towards developing silk in an ethical manner.  Companies like Marks and Spencer and other famous brands are looking towards India to produce ‘humane’ silk.  Traditionally the silkworm is killed and then the process are developing the silk is done but ‘Ahimsa’ silk as it is known in India involves the moth finishing its life cycle and then weavers hand spin the yarn.  This long process is reflected in the price of silk at Marks & Spencer and Organic Avenues and other Fashion retailers.

Silk has an elegant and a rich quality and many people have found huge amount of uses.  Because of its soft and smooth nature an obvious use is clothing.  It drapes elegantly against the body and has a beautiful splendour and sheen which is the main reason it has had a major impact in the fashion industry.  Silkworms produce an enzyme that makes the silk Hypoallergenic and anti bacterial which is ideal of Silk Sheets and Duvet Fillings.  The fine furniture upholstery industry has enjoyed silk as a key material in the marketing of their materials.  Other uses for silk can be seen in curtains, scarves, Pyjamas, Silk Shirts etc.

More recently silk fibre has been used in stitching internal and external wounds.  Silk has much better handling characteristics so Surgeons have improved in their performance in treating wounds.